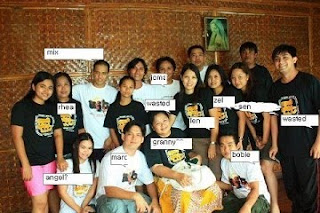 A friend of mine started earning online for more than a month now. She told me about it when we chatted last month. We had no communication for more than a year. We just send offline messages to say “hi.” I never knew she was already earning some penny.

Anyway, she never joined after her bad experience with some websites that promised online income few years back. I joined some too because she encouraged me and at times forced me to join. And many times she would pay on my behalf especially when there’s a need for payment. This time, she thought it’s still the same, she was not attracted at first when her friend told her about the earnings online. Her friend was working in a call center here in Bacolod before he joined the program online. Her friend checked the website and studied for many months before joining. Then stopped working at the call center and focused on his online income because he said that he was earning more than his income in the call center this time.

By the way, my friend is living in Korea with her family, she’s a Filipina married to a Korean. Her friend who invited her is living in the same barangay where I live with my family. When my friend invited me at first, I didn’t say yes immediately but I contemplated and thought many times since I need to spend some amount if I wanted to earn more and fast. I asked my friend in Korea if how much she spent for a start. I just knew that she spent 100$ when she started. But believe me or not, she’s now earning 40$ a day. This site is indefinitely sustainable.

Many won’t believe at first and were hesitant to spend a penny but decided after learning more about the site. Others still won’t believe but it’s their choice. So far I had earned 63$ for a month. It’s not bad at first since I’m new and no referrals yet. Anyway, you can check this site or here to learn more.

If you wanted to join just let me know and I will show you more… The picture above is shared by my friend in Korea who happened to share to her friends around the place. Most of them were Filipinos and wished to earn online as well.

2 thoughts on “Wanted to Earn?”