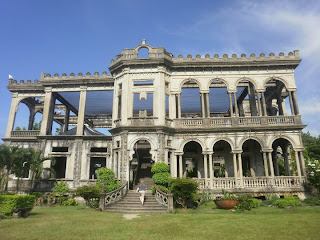 Scenic Sunday is up again and I am glad to join. This is the known place in our city, “The Ruins”. It is a mansion that was razed down by fire during the Japanese invasion in our island. The people chose to burn it down, than let it be used as a Japanese garrison or headquarters. It took three days for the fire to die down. So the once beautiful structure in the middle of the vast sugarcane fields, became an eye sore and was even used as living quarters of illegal squatters. Its ground was left unattended for a long time.

2 thoughts on “The Ruins – Scenic Sunday”