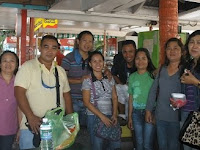 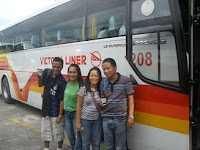 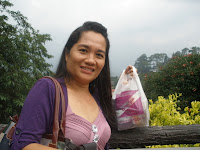 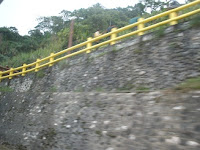 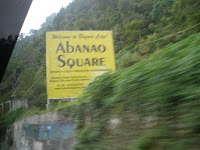 We were making a pose while waiting for the airplane from Bacolod City airport.
We had the opportunity to attend the Women’s Conference in Baguio last May 16-20.

It was so memorable because hubby and the other husbands came over.
However, they did not attend the conference but rather went to different
places and had their own enjoyment.

Of course, one of the places that hubby desired to visit is the Phil. Military Academy (PMA)in the heart of Baguio City.

We headed to Baguio after reaching Manila because we wanted to spend more time and visit other places nearby. We had a stopover since we travel for more than 7hours and of course another pose while waiting for Victory Liner bus to go.

On our way, we saw a lot of stiff mountains and roads that were surrounded by mountains which made us felt scared. Although

I had been there before but I still have scary moments while looking at the tall mountains and dangerous roads, I should say. Anyhow, we were able to overcome it. When the bus went up the driver was forced to turn right with a crooked road. We could feel the turning because our bus is quite big. But we enjoyed the travel.

This was our last stop – we visited this place and bought the best jam done by “The Good Shepherd Store.” It was so memorable and we enjoyed to the max.

One thought on “The Baguio Trip”