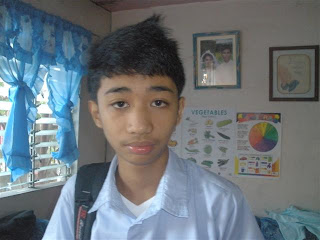 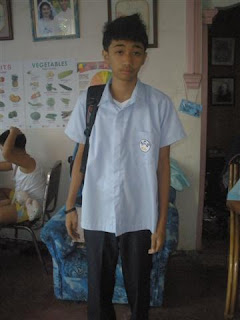 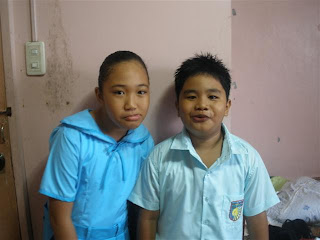 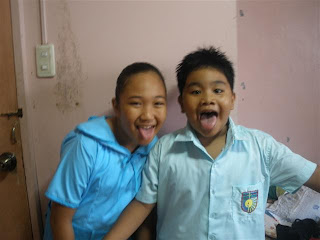 AJ and Em2 enjoy going to school everyday since the school opens last June. AJ and his cousin Din2 are going to the same school while his kuya (older brother) Em2 is going to a different school. Everyday, Em2 woke up early around 5:30- 6am while AJ opens his eyes around 6:30am. They have a different waking hour since Em2 will travel for about half an hour and he didn’t want to be late. However, AJ and his cousin will be fetched by a tricycle driver and the school is just nearby. They don’t need to travel that far unlike before, few years ago, their school is quite far and they need to wake up early morning, before the cock crows, lol!

AJ is loved by many especially the teachers. My mother would always bring his 5-year old cousin to school and one time, Nanay overheard some parents sharing about a grade 1 student who leads the group – they were saying that there’s a student who speaks English and a good leader to his classmates and must be given a leadership award since he leads his classmates when the teacher was not around for few minutes. When Nanay (my mother) overheard about it, she immediately asked who and she gladly say, he’s my apo (grandson). When I talked to the teacher last time, she told me that AJ is very dependable and knows what to do especially when she’s not around or when the students are playing. The teacher is so glad to have AJ with the group.

However, Em2 is growing fast and learned many things too. He became more responsible in everything he does especially in his studies although there were times that I need to prepare for his assignments through internet. It’s good that I’m around to help my kids. It’s not so easy here and I need to be with them during this time of studying and growing stage.

4 thoughts on “Our Kiddos Schooling”