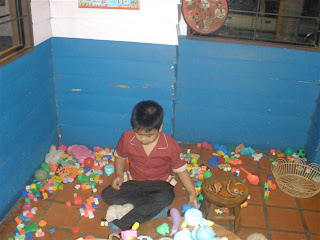 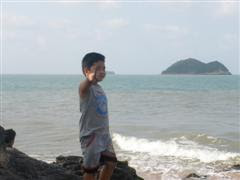 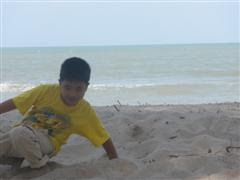 This is my second son AJ, he’s 6-year old but many friends were saying that he is bigger than his age. He loves to play, act, create something out of a clay and plays in the sand near the beach. He’s a happy boy. I still love to call him baby but he always tell me, “I’m a kid Mom.” He can play alone or with friends.

Last time we went to the beach and took some pictures and he played a lot. He even loves to swim in the beach. He loves water anyway. He can act, can cry and laugh so easily. Forgets what had happened especially when we give him something to eat, lol! He loves to eat always. He would cry when there is no food or snacks available for him. He ate a lot more than his kuya(older brother).

He could even read faster now than 2 years ago. He learned how to read faster and memorized some words too. I discovered lately that he memorized the words we spoke during our worship service. It’s quite long, I think, 3 paragraphs. And one of our friends from Brazil asked me to write it for them to memorize because they liked the words written in it. While I was writing AJ was following and guess what, He memorized all. I was amazed because during our worship service he will just draw something on his paper and as if he was not listening. But he memorized it. If I will ask him to memorize a verse, he would easily say it and the next few hours he memorized it already. That’s my boy. He is a happy kid.